– When U.S. Rangers and an elite Delta Force team attempt to kidnap two underlings of a Somali warlord..

When U.S. Rangers and an elite Delta Force team attempt to kidnap two underlings of a Somali warlord, their Black Hawk helicopters are shot down, and the Americans suffer heavy casualties, facing intense fighting from the militia on the ground. 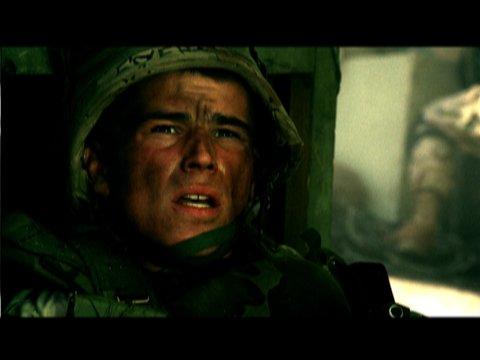 Action/war drama based on the best-selling book detailing a near-disastrous mission in Somalia on October 3, 1993. On this date nearly 100 U.S. Army Rangers, commanded by Capt. Mike Steele, were dropped by helicopter deep into the capital city of Mogadishu to capture two top lieutenants of a Somali warlord. This led to a large and drawn-out firefight between the Army Ranges, US Special Forces, and hundreds of Somali gunmen; resulting in the destruction of two U.S. Black Hawk helicopters. The film focuses on the heroic efforts of various Rangers to get to the downed black hawks, centering on SSG Eversmann, leading the Ranger unit Chalk Four to the first black hawk crash site, Chief Warrant Officer Durant who was captured after being the only survivor of the second black hawk crash, as well as many others who were involved. 7.20
Movie
The Patriot
― After proving himself on the field of battle in the French and Indian War, Benjamin Martin wants not.. 7.30
Movie
13 Hours
― An American Ambassador is killed during an attack at a U.S. compound in Libya as a security team str.. 7.60
Movie
The Hurt Locker
― Forced to play a dangerous game of cat-and-mouse in the chaos of war, an elite Army bomb squad unit .. Movie
G.I. Jane
― A female Senator succeeds in enrolling a woman into Combined Reconnaissance Team training where ever.. 8.30
Movie
Full Metal Jacket
― A pragmatic U.S. Marine observes the dehumanizing effects the U.S.-Vietnam War has on his fellow rec.. 7.60
Movie
Enemy at The Gates
― Enemy at the Gates is a war film from Jean-Jacques Annaud from 2001 that takes place during the batt.. 9.50
TVSeries
Band of Brothers
― Drawn from interviews with survivors of Easy Company, as well as their journals and letters, Band of.. 7.20
Movie
We Were Soldiers
― The story of the first major battle of the American phase of the Vietnam War and the soldiers on bot.. 7.60
Movie
Fury
― Last months of World War II in April 1945. As the Allies make their final push in the European Theat.. 8.60
Movie
Saving Private Ryan
― As U.S. troops storm the beaches of Normandy, three brothers lie dead on the battlefield, with a fou.. 8.10
Movie
Platoon
― As a young and naive recruit in Vietnam, Chris Taylor faces a moral crisis when confronted with the ..