Dr. Temperance Brennan and her colleagues at the Jeffersonian's Medico-Legal Lab assist Special Agent Seeley Booth with murder investigations when the remains are so badly decomposed, burned or destroyed that the standard identification methods are useless. 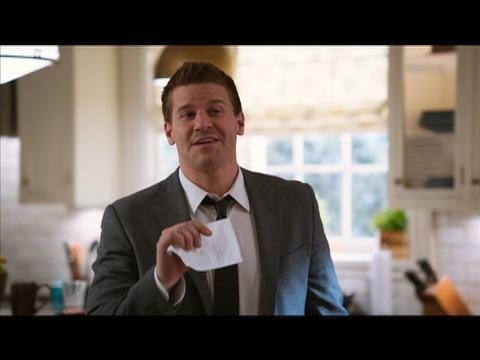 Brilliant, but socially inept, forensic anthropologist Dr. Temperence Brennan works at the Jeffersonian Institute in Washington DC. After consulting for him on a FBI case, she is approached by cocky yet charming Former Army Ranger turned Special Agent, Seeley Booth to help the Bureau solve crimes by identifying human remains that are too far gone for standard FBI forensic investigations. Brennan's empirical, literal view of the world causes friction with Booths emotive, instinctive attitude creating a volatile relationship. However as their case load increases the symbiotic partnership produces results and with the support of Brennan's Squint Squad, murderers, past and present should be on the look out. 7.90
TVSeries
Death in Paradise
― Detective Inspector Richard Poole is transferred to Sainte Marie, an island in the Caribbean. Totall.. 7.90
TVSeries
IZombie
― A medical student who becomes a zombie joins a Coroner's Office in order to gain access to the brain.. 8.30
TVSeries
White Collar
― Neal Caffrey, a con man, forger and thief, is captured after a three-year game of cat and mouse with.. 7.60
TVSeries
The Bridge
― A murdered body on a bridge between El Paso and Juarez bring together El Paso detective Sonya Cross .. 6.70
TVSeries
NCIS: Los Angeles
― The exploits of the Los Angeles–based Office of Special Projects (OSP), an elite division of the N.. 7.40
Movie
Dalziel And Pascoe
― A British crime drama based on the "Dalziel and Pascoe" series of books by Reginald Hill, set in the.. 7.10
TVSeries
Body of Proof
― Body of Proof is an American medical drama television series that ran on ABC from March 29, 2011 to .. 8.30
TVSeries
Life
― Complex, offbeat Detective Charlie Crews returns to the force after serving time in prison for a cri.. 7.70
TVSeries
The Finder
― Walter Sherman, an Iraq War veteran, has the extraordinary ability to help people find the unfindabl..