– It's Ted the Bellhop's first night on the job...and the hotel's very unusual guests are about to pla..

It's Ted the Bellhop's first night on the job...and the hotel's very unusual guests are about to place him in some outrageous predicaments. It seems that this evening's room service is serving up one unbelievable happening after another. 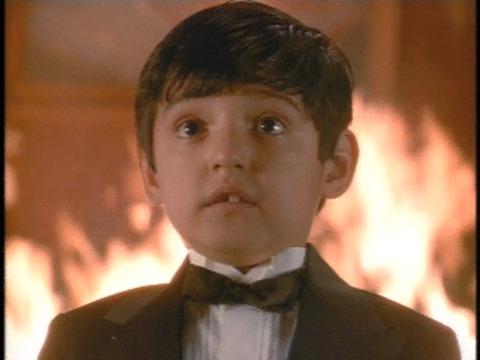 This movie features the collaborative directorial efforts of four new filmmakers, each of whom directs a segment of this comedy. It's New Year's Eve at the Mon Signor Hotel, a former grand old Hollywood hotel, now fallen upon hard times. Often using physical comedy and sight gags, this movie chronicles the slapstick misadventures of Ted, the Bellhop. He's on his first night on the job, when he's asked to help out a coven of witches in the Honeymoon Suite. Things only get worse when he delivers ice to the wrong room and ends up in a domestic argument at a really bad time. Next, he foolishly agrees to watch a gangster's kids for him while he's away. Finally, he finishes off the night refereeing a ghastly wager. 6.70
Movie
Kabluey
― Leslie is left with few options when her husband is sent back to war in the Middle East. A modest am.. Movie
The Alarmist
― Young Tommy Hudler decides to become a security systems salesman, and is an instant success. Everyth.. Movie
Haiku Tunnel
― Josh is the consummate temp employee, avoiding all long-term connections and responsibilities, both .. Movie
Miami Rhapsody
― Gwyn Marcus has always wanted a marriage like her parents. She has just accepted the proposal of her.. 6.40
Movie
Party 7
― Seven characters, introduced at the start of the film, get thrown together into the same hotel room:.. 7.50
Movie
Noises Off...
― A travelling theater group has so much action going on behind-the-scenes it almost ruins the perform.. Movie
Sour Grapes
― Richie, a sneaker sole designer, and his cousin Evan, a brain surgeon, are spending this weekend wit.. Movie
Under The Rainbow
― In World War II era Los Angeles, the manager of the Culver Hotel leaves his nephew in charge for a w.. Movie
Comic Book Villains
― When word hits the street that a nearby elderly gentleman has a cache of old, rare, and very valuabl.. 6.40
Movie
Taking Care of Business
― An uptight advertising exec has his entire life in a filofax organizer which mistakenly ends up in t.. 7.50
Movie
Living in Oblivion
― Nick is the director of a low-budget indie film. He tries to keep everything together as his product..
See More Related Movies