Young princess Anna of Arendelle dreams about finding true love at her sister Elsa’s coronation. Fate takes her on a dangerous journey in an attempt to end the eternal winter that has fallen over the kingdom. She's accompanied by ice delivery man Kristoff, his reindeer Sven, and snowman Olaf. On an adventure where she will find out what friendship, courage, family, and true love really means. 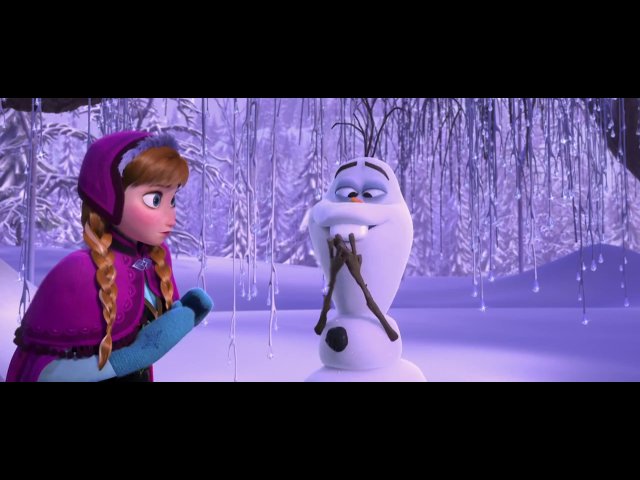 Anna, a fearless optimist, sets off on an epic journey - teaming up with rugged mountain man Kristoff and his loyal reindeer Sven - to find her sister Elsa, whose icy powers have trapped the kingdom of Arendelle in eternal winter. Encountering Everest-like conditions, mystical trolls and a hilarious snowman named Olaf, Anna and Kristoff battle the elements in a race to save the kingdom. From the outside Anna's sister, Elsa looks poised, regal and reserved, but in reality, she lives in fear as she wrestles with a mighty secret-she was born with the power to create ice and snow. It's a beautiful ability, but also extremely dangerous. Haunted by the moment her magic nearly killed her younger sister Anna, Elsa has isolated herself, spending every waking minute trying to suppress her growing powers. Her mounting emotions trigger the magic, accidentally setting off an eternal winter that she can't stop. She fears she's becoming a monster and that no one, not even her sister, can help her. 7.10
Movie
Enchanted
― The beautiful princess Giselle is banished by an evil queen from her magical, musical animated land .. 6.90
Movie
Rio
― Captured by smugglers when he was just a hatchling, a macaw named Blu never learned to fly and lives.. 7.20
Movie
The Croods
― The Croods is a prehistoric comedy adventure that follows the world's first family as they embark on.. 7.60
Movie
Mulan
― A tomboyish girl disguises herself as a young man so she can fight with the Imperial Chinese Army ag.. 7.10
Movie
Brave
― Brave is set in the mystical Scottish Highlands, where Mérida is the princess of a kingdom ruled by.. 6.30
Movie
Ella Enchanted
― Ella lives in a magical world in which each child, at the moment of their birth, is given a virtuous.. 7.80
Movie
Tangled
― When the kingdom's most wanted-and most charming-bandit Flynn Rider hides out in a mysterious tower,.. 7.10
Movie
Anastasia
― This animated adventure retells the story of the lost daughter of Russia's last czar. The evil Raspu.. 7.60
Movie
The Little Mermaid
― This colorful adventure tells the story of an impetuous mermaid princess named Ariel who falls in lo.. 6.70
Movie
Epic
― A teenager finds herself transported to a deep forest setting where a battle between the forces of g.. 6.50
Movie
Trolls
― Lovable and friendly, the trolls love to play around. But one day, a mysterious giant shows up to en.. 7.30
Movie
The Book of Life
― The journey of Manolo, a young man who is torn between fulfilling the expectations of his family and.. 7.50
TVSeries
Frozen 2
― Elsa, Anna, Kristoff and Olaf are going far in the forest to know the truth about an ancient mystery.. 6.30
Movie
Shrek Forever After
― A bored and domesticated Shrek pacts with deal-maker Rumpelstiltskin to get back to feeling like a r.. 7.20
Movie
Shrek 2
― Shrek, Fiona and Donkey set off to Far, Far Away to meet Fiona's mother and father. But not everyone..
See More Related Movies