– Complete strangers stranded at a remote desert motel during a raging storm soon find themselves the ..

Complete strangers stranded at a remote desert motel during a raging storm soon find themselves the target of a deranged murderer. As their numbers thin out, the travelers begin to turn on each other, as each tries to figure out who the killer is. 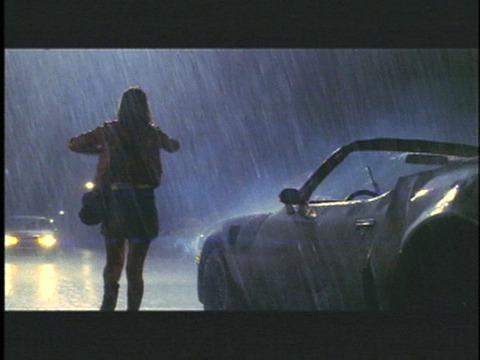 Malcolm Rivers has been convicted as the perpetrator of several murders and is sentenced to death. An eleventh hour defense by his lawyers and psychiatrist that Malcolm is insane based on new evidence has resulted in them meeting with the prosecutors and the judge to discuss if the verdict should be overturned. Meanwhile, on a dark night during a torrential rainstorm in the Nevada desert, a series of chain reaction events results in several people needing to stay at an out of the way motel managed by Larry. They are: ex-cop now limo driver Ed, and his client Caroline, a diva of a once famous actress; quiet adolescent Timmy, his stepfather George, and his mother Alice, who was seriously injured when Ed accidentally ran over her as she watched George change their flat tire; prostitute Paris, who was the unwitting cause of George's flat tire; newlyweds Lou and Ginny, whose marriage is based on a lie; and Police Officer Rhodes, who was en route escorting prisoner Robert to his new institution. They all can't leave the area because of washed out roads, all the other businesses around the motel are closed because of the storm, and all communication in and out is not functioning also because of the storm. One by one, they are murdered, the murderer leaving a calling card of a motel room key, starting with the room 10 key and working his way presumably to the room 1 key when the last person will be dead. Those still alive band somewhat together under Officer Rhodes and Ed's direction to find out which of the eleven is the murderer, and if, based on one of their theories, that they were brought to the motel by some force by the murderer as his intended targets. Whether those still alive can discover who the murderer is, discover why he has chosen to kill them, and be able to subdue him may well determine Malcolm's fate. Movie
Ten Little Indians
― Ten people are invited to a hotel for a weekend getaway by a Mr. U. N. Owen, who mysteriously isn't .. 6.90
Movie
Triangle
― The story revolves around the passengers of a yachting trip in the Atlantic Ocean who, when struck b.. Movie
Psycho
― Criminal on the run, Marion Crane takes refuge at the motel operated by Norman Bates - a troubled ma.. 8.10
Movie
The Sixth Sense
― A psychological thriller about an eight year old boy named Cole Sear who believes he can see into th.. 7.60
Movie
The Body
― A woman’s body disappears mysteriously from the morgue without a trace. Police inspector Jaime Pe.. 7.90
Movie
Ten Little Indians
― A disturbing psychological thriller based on the classic novel by Agatha Christie. Ten strangers are.. 6.40
Movie
Mindhunters
― Trainees in the FBI's psychological profiling program must put their training into practice when the.. 6.50
Movie
A Perfect Getaway
― For their honeymoon, newlyweds Cliff and Cydney head to the tropical islands of Hawaii. While journe.. 6.60
Movie
Secret Window
― Mort Rainey, a writer just emerging from a painful divorce with his ex-wife, is stalked at his remot.. Movie
Gothika
― After a car crash, a criminal psychologist (Halle Berry) comes to, only to find that she's a patient.. 6.40
Movie
The Raven
― A fictionalized account of the last days of Edgar Allan Poe's life, in which the poet is in pursuit ..
See More Related Movies