Lagaan: Once Upon a Time in India

– Lagaan tells the tale of the Indian village Champaner, beset by drought and British colonialism in t..

Lagaan tells the tale of the Indian village Champaner, beset by drought and British colonialism in the year 1893. Without a drop of rain in months, the worried villagers of Champaner decide to ask the local authorities for a temporary repeal of their taxes -- the hated lagaan. Led by the heroic Bhuvan (Indian superstar Aamir Khan) they bring their plight to the military governor, Captain Russell (Paul Blackthorne). But the sadistic Russell threatens to raise the lagaan threefold, unless the villagers can beat his men at a game of cricket, in which case he'll lift taxes on the entire province for a period of three years. Bhuvan accepts the challenge, but there's a problem -- no one in Champaner knows how to play cricket. A band of misfits come to the rescue, coached by Russell's soft-hearted sister Elizabeth (Rachel Shelley), and the race is on to be ready in three months' time. An epic reworking of Victory with eye-popping song-and-dance routines.

Lagaan:Once Upon A Time In India 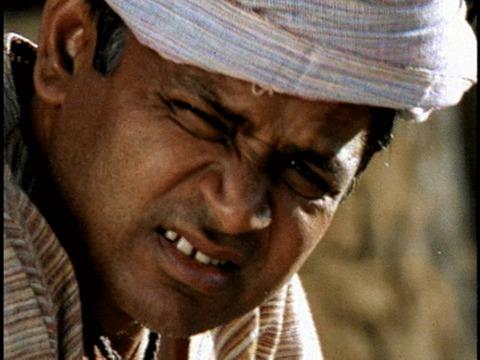 This is the story about the resilience shown by the Indians when they were under the British Rule. They are already taxed to the bone by the British and their cronies, but when Jack Russell announces that he will double the Lagaan (tax) from all villagers, they decide to oppose it. Leading the villagers is a handsome young man named Bhuvan, who challenges them to a game of cricket, a game that is to be played by veteran British cricket players, versus villagers, including Bhuvan himself, who have never played this game before, and do not even know a bat from a piece of wood. As the challenge is accepted, the interest grows and attracts Indians from all over the region, as well as the British from all over the country - as everyone gathers to see the 'fair play' that the British will display against their counter-parts, who are aided by none other than the sister, Elizabeth, of Captain Rusell. 8.10
Movie
Iqbal
― This is all about chasing your dreams, no matter what the obstacles. The story involves a young deaf.. 7.80
Movie
Remember The Titans
― After leading his football team to 15 winning seasons, coach Bill Yoast is demoted and replaced by H.. 8.30
TVSeries
Swades
― Set in modern day India, Swades is a film that tackles the issues that development throws up on a gr.. 6.30
Movie
A Shot at Glory
― Scottish second division football team Kilnockie is taken over by American Pete Cameron. The new own.. Movie
Finding Buck McHenry
― When an 11 year old boy gets cut from his Little League baseball team, he sets out to form his own t.. 6.60
Movie
The Great Waldo Pepper
― A biplane pilot who had missed flying in WWI takes up barnstorming and later a movie career in his q.. 6.80
Movie
Lessons of a Dream
― An English teacher brings soccer to a German school in the 19th Century... 6.90
Movie
Any Given Sunday
― A star quarterback gets knocked out of the game and an unknown third stringer is called in to replac.. Movie
Oh, My Love
― Orphaned and homeless Ranbir Raj re-locates to a small town and orders a glass of milk in the RK Bar.. 6.80
Movie
From The Rough
― The coach of a women's swim team parlays her success into an opportunity to build her school's men's.. 7.70
TVSeries
M.S. Dhoni: The Untold Story
― The film is based on the life of Indian cricketer and the current captain of the Indian national cri..