– The story of California's first openly gay elected official, Harvey Milk, who became an outspoken a..

The story of California's first openly gay elected official, Harvey Milk, who became an outspoken agent for change, seeking equal rights and opportunities for all. His great love for the city and its people brought him backing from young and old, straight and gay, alike – at a time when prejudice and violence against gays was openly accepted as the norm. 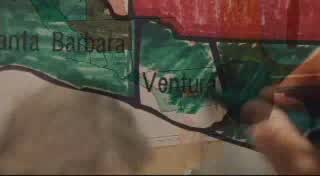 Using flashbacks from a statement recorded late in life and archival footage for atmosphere, this film traces Harvey Milk's career from his 40th birthday to his death. He leaves the closet and New York, opens a camera shop that becomes the salon for San Francisco's growing gay community, and organizes gays' purchasing power to build political alliances. He runs for office with lover Scott Smith as his campaign manager. Victory finally comes on the same day Dan White wins in the city's conservative district. The rest of the film sketches Milk's relationship with White and the 1978 fight against a statewide initiative to bar gays and their supporters from public school jobs. 7.70
Movie
Philadelphia
― No one would take his case until one man was willing to take on the system. Two competing lawyers jo.. 7.20
Movie
Lee Daniels' The Butler
― A look at the life of Cecil Gaines who served eight presidents as the White House's head butler from.. 7.50
Movie
Any Day Now
― In the late 1970s, when a mentally handicapped teenager is abandoned, a gay couple takes him in and .. 7.40
Movie
Game Change
― Based on the book by John Heilemann and Mark Halperin, Game Change focuses on the Republican run of .. 7.70
Movie
The Boys in The Band
― A witty, perceptive and devastating look at the personal agendas and suppressed revelations swirling.. 7.00
Movie
Bobby
― In 1968 the lives of a retired doorman, hotel manager, lounge singer, busboy, beautician and others ..