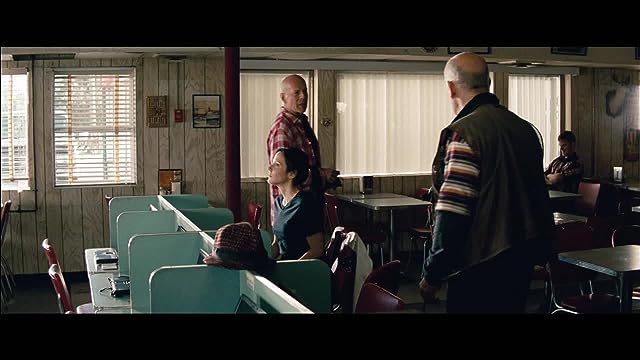 Retired CIA agent Frank Moses is in love with Sarah Ross and enjoying their normal life. Out of the blue, Marvin Boggs meets Frank in the supermarket and tells that Wikileaks has released the information that they had participated and know the whereabouts of the Nightshade, a portable nuclear weapon that was smuggled in pieces and hidden in Russia. Now the top agents in the world are under contract to seek them out to discover where Nightshade is. The trio travels to Paris and teams-up with the Russian Katja to track down the former Russian Agent 'The Frog' to get more information about the operation. They learn that the brilliant inventor Dr. Edward Bailey might know where the weapon is. They discover that Bailey has been interned in an asylum in London by the MI-6 for thirty-two years and the British Victoria joins the team. They rescue Bailey and find that the nuclear device is hidden in the Kremlin. Soon the dangerous South Korean Han joins the group expecting to retrieve the weapon. But dangerous killer Jack Horton is hunting Frank down and will not stop until he recovers the nuclear bomb. 7.00
Movie
Spy
― A desk-bound CIA analyst volunteers to go undercover to infiltrate the world of a deadly arms dealer.. 7.20
Movie
True Lies
― Harry Tasker is a secret agent for the United States Government. For years, he has kept his job from.. 6.40
Movie
Salt
― As a CIA officer, Evelyn Salt swore an oath to duty, honor and country. Her loyalty will be tested w.. 6.30
Movie
Knight And Day
― A fugitive couple goes on a glamorous and sometimes deadly adventure where nothing and no one – ev.. 6.80
Movie
Safe House
― A dangerous CIA renegade resurfaces after a decade on the run. When the safe house he's remanded to .. 7.10
Movie
RED
― When his peaceful life is threatened by a high-tech assassin, former black-ops agent, Frank Moses re.. 6.30
Movie
The November Man
― An ex- CIA operative is brought back in on a very personal mission and finds himself pitted against .. Movie
A Good Day to Die Hard
― Iconoclastic, take-no-prisoners cop John McClane, finds himself for the first time on foreign soil a.. 6.50
Movie
Killer Elite
― Based on a shocking true story, Killer Elite pits two of the world’s most elite operatives—Danny.. Movie
The Brothers Grimsby
― Wrongfully accused and on the run, a top MI6 assassin joins forces with his long-lost, football hool.. 6.80
Movie
Who Am I?
― Martial-arts megastar Jackie Chan wrote, directed and stars in this action-comedy. Secret agent Jack.. 6.50
Movie
From Paris With Love
― James Reese has a good job as an ambassador's aid in France, but his real passion is a side gig, wor.. 6.90
Movie
Clear And Present Danger
― CIA Analyst Jack Ryan is drawn into an illegal war fought by the US government against a Colombian d.. 6.70
Movie
2 Guns
― A DEA agent and an undercover Naval Intelligence officer who have been tasked with investigating one..
See More Related Movies