– A down-to-earth account of the lives of both illustrious and ordinary Romans set in the last days of..

A down-to-earth account of the lives of both illustrious and ordinary Romans set in the last days of the Roman Republic. 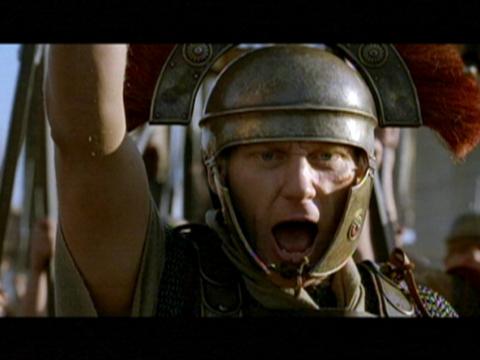 In this British historical drama, the turbulent transition from Roman republic to autocratic empire, which changed world history through civil war and wars of conquest, is sketched both from the aristocratic viewpoint of Julius Caesar, his family, his adopted successor Octavian Augustus, and their political allies and adversaries, and from the politically naive viewpoint of a few ordinary Romans, notably the soldiers Lucius Vorenus and Titus Pullo and their families. 8.60
TVSeries
Vikings
― Vikings follows the adventures of Ragnar Lothbrok, the greatest hero of his age. The series tells th.. 7.10
Movie
The Warlords
― A heroic tale of three blood brothers and their struggle in the midst of war and political upheaval... 7.70
Movie
The Last Samurai
― Nathan Algren is an American hired to instruct the Japanese army in the ways of modern warfare, whic.. 8.50
Movie
Gladiator
― In the year 180, the death of emperor Marcus Aurelius throws the Roman Empire into chaos. Maximus i.. 8.50
TVSeries
Spartacus: Gods of The Arena
― Before Spartacus struck down his first opponent in the arena, there were many gladiators who passed .. 8.50
TVSeries
Spartacus: War of The Damned
― Spartacus is an American television series inspired by the historical figure of Spartacus, a Thracia.. 9.40
TVSeries
Game of Thrones
― Seven noble families fight for control of the mythical land of Westeros. Friction between the houses.. 6.70
Movie
Attila
― A romanced story of Attila the Hun, since his childhood, when he lost his parents until his death. A.. 7.90
TVSeries
The Borgias
― Set in 15th century Italy at the height of the Renaissance, The Borgias chronicles the corrupt rise .. 6.70
TVSeries
The Fall of The Roman Empire
― Drawn from the same events that later inspired Gladiator, the film charts the power-hungry greed and.. Movie
Julius Caesar
― All star cast heads up this 1970 remake of the William Shakespeare classic tale of the betrayal of t.. 7.10
Movie
Conquest 1453
― After the death of his father Murat II, Mehmet II ascends to the Ottoman throne. After braving inter.. 8.10
TVSeries
The Tudors
― The Tudors is a history-based drama series following the young, vibrant King Henry VIII, a competiti.. 6.60
Movie
Cleopatra
― Cleopatra, the famed Egyptian Queen born in 69 B.C., is shown to have been brought by Roman ruler Ju..