– The Civil War has ended, but Colonel Morsman Carver is on one final mission – to kill Gideon, no m..

The Civil War has ended, but Colonel Morsman Carver is on one final mission – to kill Gideon, no matter what it takes. Launched by a gunshot and propelled by rage, the relentless pursuit takes the two men through frigid snow-capped mountains and arid deserts, far from the comforts and codes of civilisation, into the bloodiest recesses of their own souls. 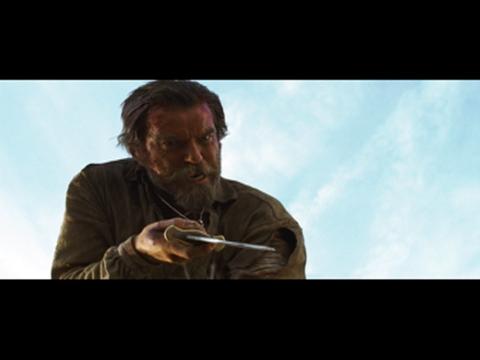 In the 1860s, five men have been tracking a sixth across Nevada for more than two weeks. They shoot and wound him, but he gets away. They pursue, led by the dour Carver, who will pay them each $1 a day once he's captured. The hunted is Gideon, resourceful, skilled with a knife. Gideon's flight and Carver's hunt require horses, water, and bullets. The course takes them past lone settlers, a wagon train, a rail crew, settlements, and an Indian philosopher. What is the reason for the hunt; what connects Gideon and Carver? What happened at Seraphim Falls? 8.00
Movie
The Revenant
― In the 1820s, a frontiersman, Hugh Glass, sets out on a path of vengeance against those who left him.. Movie
Killing Season
― Two veterans of the Bosnian War, one American, one Serbian, who clash in the remote Smoky Mountain w.. 6.40
Movie
The Quick And The Dead
― A mysterious woman comes to compete in a quick-draw elimination tournament, in a town taken over by .. 7.60
Movie
Jeremiah Johnson
― A mountain man who wishes to live the life of a hermit becomes the unwilling object of a long vendet.. 6.80
Movie
The Grey
― An oil drilling team struggles to survive after a plane crash strands them in the wilds of Alaska. H.. 7.20
Movie
'71
― A young British soldier must find his way back to safety after his unit accidentally abandons him du.. Movie
Surviving The Game
― Mason is a man down on his luck with nothing to lose when he's approached to lead a group of wealthy.. Movie
Missing in Action 2: The Beginning
― Prequel to the first Missing In Action, set in the early 1980s it shows the capture of Colonel Bradd.. 7.50
Movie
Open Range
― A former gunslinger is forced to take up arms again when he and his cattle crew are threatened by a .. 6.80
Movie
Rio Lobo
― After the Civil War, Cord McNally searches for the traitor whose perfidy caused the defeat of McNall.. 7.80
Movie
The Hateful Eight
― Bounty hunters seek shelter from a raging blizzard and get caught up in a plot of betrayal and decep..
See More Related Movies