With his wife Elizabeth on life support after a boating accident, Hawaiian land baron, Matt King takes his daughters on a trip from Oahu to Kauai to confront the young real estate broker, who was having an affair with Elizabeth before her misfortune. 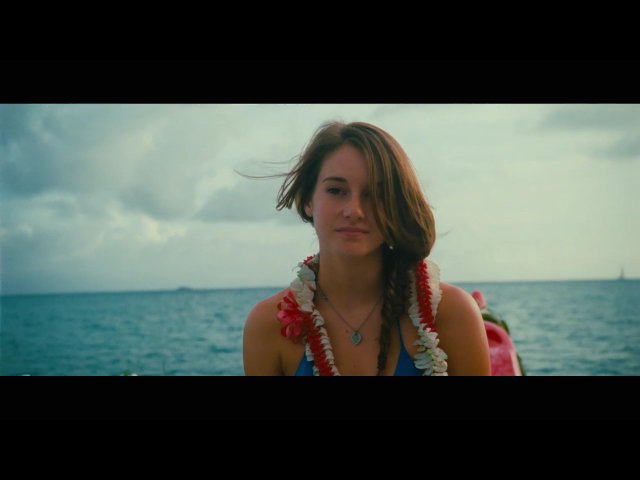 Matt King's family has lived in Hawaii for generations. His extended family - namely he and his many cousins - own 25,000 acres of undeveloped land on Kauai held in trust, which ends in seven years. The easiest thing for the family to do is sell the land before the seven years is up, which is all the talk in the state, as, to whom they sell the property could very well change the face of Kauai. Despite the vast wealth that comes with the land, Matt has decided to live solely on what he earns as a Honolulu lawyer. However, Matt has not had a perfect life living in Hawaiian paradise as many believe. He and his wife Elizabeth were having problems in their marriage. She recently got into a boating accident which has placed her in a coma. Their seventeen year old daughter Alex is in boarding school on the big island since they couldn't handle her rebellion, which was made all the worse by an argument of an unknown nature between mother and daughter during Alex's last visit home. And their ten year old daughter Scottie is starting to act out, which Matt doesn't know if he can handle, potentially raising her on his own. Matt decides to bring Alex home upon news that Elizabeth is brain dead, and that she will be pulled off life support. But revelations about Elizabeth and Alex's argument, which is tied indirectly to the issue of the land sale, leads to some decisions on Matt's part about what is best for him in both mourning Elizabeth's death and what is the best thing to do about the land, the two decisions which may be incompatible. 6.60
Movie
This Is Where I Leave You
― When their father passes away, four grown, world-weary siblings return to their childhood home and a.. 6.60
Movie
Please Give
― In New York City, a husband and wife butt heads with the granddaughters of the elderly woman who liv.. 7.20
Movie
The Savages
― A sister and brother face the realities of familial responsibility as they begin to care for their a.. 7.70
Movie
Nebraska
― An aging, booze-addled father takes a trip from Montana to Nebraska with his estranged son in order .. Movie
Why Did I Get Married?
― The film is about the difficulty of maintaining a solid relationship in modern times. Eight married .. Movie
The Family Tree
― A mother and wife stricken with memory loss allows a dysfunctional family a second chance at harmony.. 6.90
Movie
The Daytrippers
― Eliza D'Amico thinks her marriage to Louis is going great, until she finds a mysterious love note to.. Movie
The Guilt Trip
― An inventor and his mom hit the road together so he can sell his latest invention... 6.70
Movie
Wish I Was Here
― Aidan Bloom, a struggling actor, father and husband, is 35 years old and still trying to find a purp.. 7.40
Movie
The Squid And The Whale
― Based on the true childhood experiences of Noah Baumbach and his brother, The Squid and the Whale te.. 6.70
Movie
Men, Women & Children
― Follows the story of a group of high school teenagers and their parents as they attempt to navigate ..
See More Related Movies