– A Nazi doctor, along with the Sonderkomando Jews – who are forced to work in the crematoria of Aus..

A Nazi doctor, along with the Sonderkomando Jews – who are forced to work in the crematoria of Auschwitz against their fellow-Jews – find themselves in a moral grey zone. 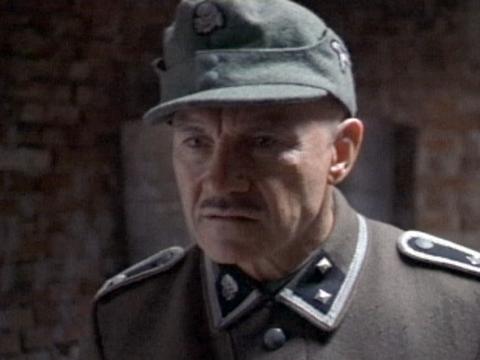 The true story of Dr. Miklos Nyiszli, a Hungarian Jew chosen by Josef Mengele to be the head pathologist at Auschwitz. Nyiszli was one of Auschwitz's Sonderkommandos - Special Squads of Jewish prisoners placed by the Nazis in the excruciating moral dilemma of helping to exterminate fellow Jews in exchange for a few more months of life. Together, the Sonderkommandos struggled to organize the only armed revolt that would ever take place at Auschwitz. As the rebellion is about to commence, a group from the unit discovers a 14-year-old girl who has miraculously survived a gassing. A catalyst for their desperate attempt at personal redemption, the men become obsessed with saving this one child, even if doing so endangers the uprising which could save thousands. To what terrible lengths are we willing to go to save our own lives, and what in turn would we sacrifice to save the lives of others? 7.80
Movie
The Boy in The Striped Pajamas
― When his family moves from their home in Berlin to a strange new house in Poland, young Bruno befrie.. 8.90
TVSeries
Schindler's List
― The true story of how businessman Oskar Schindler saved over a thousand Jewish lives from the Nazis .. 6.90
Movie
Triumph of The Spirit
― Fact based story about a former Greek Olympic boxer who was taken as a prisoner during World war II .. 6.80
Movie
Paradise Road
― Paradise Road is a 1997 film which tells the story of a group of English, American, Dutch and Austra.. 6.50
Movie
Jakob The Liar
― In 1944 Poland, a Jewish shop keeper named Jakob is summoned to ghetto headquarters after being caug.. 7.60
Movie
Europa Europa
― A Jewish boy separated from his family in the early days of WWII poses as a German orphan and is tak.. 7.00
Movie
Is Paris Burning?
― The title is Adolf Hitler's question to his chief of staff Alfred Jodl on the eve of the liberation .. 8.20
TVSeries
Judgment at Nuremberg
― In 1947, four German judges who served on the bench during the Nazi regime face a military tribunal ..
See More Related Movies