We Need to Talk About Kevin

– After her son Kevin commits a horrific act, troubled mother Eva reflects on her complicated relation..

After her son Kevin commits a horrific act, troubled mother Eva reflects on her complicated relationship with her disturbed son as he grew from a toddler into a teenager. 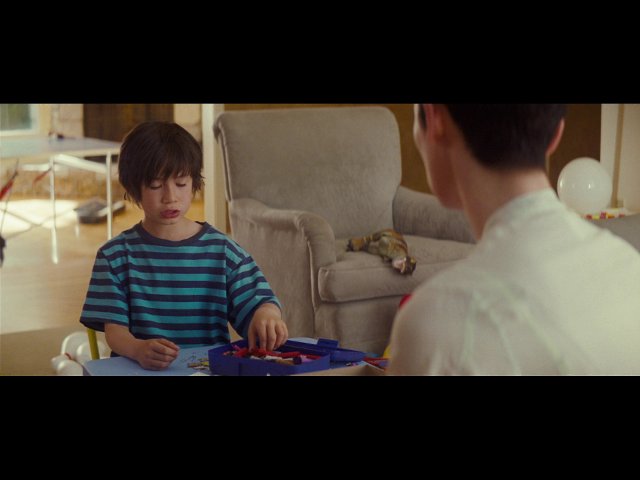 Eva Khatchadourian is trying to piece together her life following the "incident". Once a successful travel writer, she is forced to take whatever job comes her way, which of late is as a clerk in a travel agency. She lives a solitary life as people who know about her situation openly shun her, even to the point of violent actions toward her. She, in turn, fosters that solitary life because of the incident, the aftermath of which has turned her into a meek and scared woman. That incident involved her son Kevin Khatchadourian, who is now approaching his eighteenth birthday. Eva and Kevin have always had a troubled relationship, even when he was an infant. Whatever troubles he saw, Franklin, Eva's complacent husband, just attributed it to Kevin being a typical boy. The incident may be seen by both Kevin and Eva as his ultimate act in defiance against his mother. 6.80
Movie
Stoker
― After India's father dies, her Uncle Charlie, who she never knew existed, comes to live with her and.. 6.80
Movie
Spider
― A mentally disturbed man takes residence in a halfway house. His mind gradually slips back into the .. 7.30
Movie
Cach?
― A married couple is terrorized by a series of videotapes planted on their front porch... 7.30
Movie
Michael Clayton
― A law firm brings in its 'fixer' to remedy the situation after a lawyer has a breakdown while repres.. 7.20
Movie
Insomnia
― Two Los Angeles homicide detectives are dispatched to a northern town where the sun doesn't set to i.. 7.10
Movie
Side Effects
― A woman turns to prescription medication as a way of handling her anxiety concerning her husband's u.. 6.40
Movie
White Bird in a Blizzard
― Kat Connors is 17 years old when her perfect homemaker mother, Eve, disappears. Having lived for so .. 6.60
Movie
Alexandra's Project
― Steve is a man who has it all, a successful career, wonderful children, beautiful home and a loving ..