X-Men: Days of Future Past

– The ultimate X-Men ensemble fights a war for the survival of the species across two time periods as ..

The ultimate X-Men ensemble fights a war for the survival of the species across two time periods as they join forces with their younger selves in an epic battle that must change the past – to save our future. 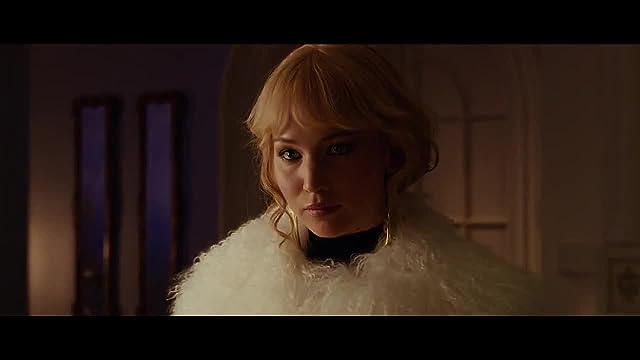 In the future, the mutants and the humans that help them are slaughtered by powerful robots named Sentinels. Professor Xavier, Wolverine, Magneto, Storm, Kitty Pryde and her friends meet at a monastery in China and Xavier explains that the invincible Sentinels were created using the DNA of Mystique that was captured in 1973 when she tried to assassinate their creator Dr. Bolivar Trask. Xavier tells that their only chance is return to 1973 using Pryde's ability to join Charles Xavier and Erik Lehnsherr to convince Mystique to give up of her intention. . However, only Wolverine can withstand the damages of the time travel. Will he succeed in stopping Mystique and the Sentinel Program and save the mutants and their human friends from annihilation? 7.10
Movie
Man of Steel
― A young boy learns that he has extraordinary powers and is not of this earth. As a young man, he jou.. Movie
Jumper
― David Rice is a man who knows no boundaries, a Jumper, born with the uncanny ability to teleport ins.. 6.40
Movie
Godzilla
― Ford Brody, a Navy bomb expert, has just reunited with his family in San Francisco when he is forced.. 7.40
Movie
X-Men
― Two mutants, Rogue and Wolverine, come to a private academy for their kind whose resident superhero .. 6.70
Movie
X-Men: The Last Stand
― When a cure is found to treat mutations, lines are drawn amongst the X-Men and The Brotherhood, a ba.. 6.60
Movie
X-Men Origins: Wolverine
― After seeking to live a normal life, Logan sets out to avenge the death of his girlfriend by undergo.. 6.70
Movie
The Wolverine
― Wolverine faces his ultimate nemesis - and tests of his physical, emotional, and mortal limits - in .. 8.10
Movie
The Avengers
― When an unexpected enemy emerges and threatens global safety and security, Nick Fury, director of th.. 7.00
Movie
X-Men: Apocalypse
― After the re-emergence of the world's first mutant, world-destroyer Apocalypse, the X-Men must unite.. 7.60
Movie
Star Trek: First Contact
― The Borg, a relentless race of cyborgs, are on a direct course for Earth. Violating orders to stay a.. Movie
X-Men: Dark Phoenix
― Gathered together by Professor Charles Xavier to protect a world that fears and hates them, the X-Me..