– When the grim reaper comes to collect the soul of megamogul Bill Parrish, he arrives with a proposit..

When the grim reaper comes to collect the soul of megamogul Bill Parrish, he arrives with a proposition: Host him for a "vacation" among the living in trade for a few more days of existence. Parrish agrees, and using the pseudonym Joe Black, Death begins taking part in Parrish's daily agenda and falls in love with the man's daughter. Yet when Black's holiday is over, so is Parrish's life. 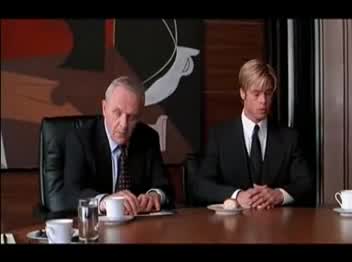 Bill Parrish, media tycoon, loving father and still a human being, is about to celebrate his 65th birthday. One morning, he is contacted by the Inevitable - by hallucination, as he thinks. Later, Death itself enters his home and his life, personified in a man's body: Joe Black has arrived. His intention was to take Bill with him, but accidentally, Joe's former host and Bill's beautiful daughter Susan have already met. Joe begins to develop certain interest in life on earth as well as in Susan, who has no clue who she's flirting with. 7.40
Movie
Me Before You
― A small town girl is caught between dead-end jobs. A high-profile, successful man becomes wheelchair.. 7.00
Movie
What Dreams May Come
― Chris Neilson dies to find himself in a heaven more amazing than he could have ever dreamed of. Ther.. Movie
Nights in Rodanthe
― Two unhappy people's lives become entwined when they have a life changing romance. Adrienne is a wom.. 6.40
Movie
Kate & Leopold
― When her scientist ex-boyfriend discovers a portal to travel through time -- and brings back a 19th-.. 7.20
Movie
The Age of Adaline
― After 29-year-old Adaline recovers from a nearly lethal accident, she inexplicably stops growing old.. 8.10
Movie
Wings of Desire
― Wings of Desire is Wim Wender’s artistically beautiful film about the lonely and immortal life of .. 7.30
Movie
Somewhere in Time
― Young writer, Richard Collier is met on the opening night of his first play by an old lady who begs .. Movie
Dragonfly
― A grieving doctor is being contacted by his late wife through his patients near death experiences... 6.40
Movie
Every Day
― 16-year old Rhiannon falls in love with a mysterious spirit named “A” that inhabits a different .. 6.40
Movie
Phenomenon
― An ordinary man sees a bright light descend from the sky, and discovers he now has super-intelligenc.. Movie
To Gillian on Her 37th Birthday
― David loves his wife, Gillian. Unfortunately, she died two years ago. David deals with his grief by ..